When my brother offered to give me his car, I thought I had scored big. I would be reunited with the 2003 Toyota Corolla of my youth, 10 years after I lent it to him when I moved to San Francisco. Here was a car that was paid for, and weathered enough that I didn’t need to be too precious with it. Impulse hikes in the Marin Headlands were now at hand, not to mention less glamorous but more frequent Costco and IKEA trips. It was destiny!

Now I had to figure out where to keep it.

I live in the Mission District, a neighborhood known for its colorful murals, great burritos, rapid gentrification, and lack of parking places. Luckily, I found an intersection of streets about a 10-minute walk away from home where I could park without a parking sticker with no hourly limits and a wide variety of street cleaning days. As long as I didn’t mind moving it twice a week, I’d always have a place to park.

I had no idea what I was getting into.

During our 2-year San Francisco relationship, my car and I had some good times. But we also had some not-so-good times. The car was broken into on three different occasions, which taught me where to fix a broken car window and how to patch it with duct tape in the meantime. The side view mirror was knocked off and left broken on the street. The car was even spray painted—not with a cool graffiti tag or anything, just an arc of plain white paint. There was also that one time that I arrived at my car to discover my two right tires had been slashed. What do you do when both tires are flat and you can’t use your spare? I had it towed to the nearest tire shop in San Francisco, and the mechanic told me that I wasn’t the first one to come in with the problem that evening—someone had gone on a slashing spree.

Then there are the run of the mill frustrations, such as never being able to completely avoid parking tickets, as I had planned. I always paid them off as quickly as they appeared, so I lost track of how many I’ve received. “That’s just the unofficial tax to park in the city” I’d tell myself, “I’m just doing my civic duty!” But when I finally forced myself to look at the full list of payments, I realized that since 2016 I’ve received 17 tickets. At $73 each, that’s $1,240. Ouch. I was always in one of two mental states: having just gotten a parking ticket, or worried that one was going to be on my windshield the next time I returned to my vehicle. And then there’s the looming specter of being towed, a fate I somehow eluded until two weeks ago. How much does it cost when you get towed in San Francisco? Well they give you a $91 discount if it’s your first time, so only $645.

Perhaps you’ve heard of the New York Times bestselling book The Life-Changing Magic of Tidying Up by organizational guru Marie Kondo. She advocates taking an inventory of all the things in your life, and asking one simple question: “does this spark joy?” If the answer is yes, keep it. If the answer is no—and there are always many no’s—then ditch it. My car was definitely not sparking joy. So what kept me from decluttering it right out of my life? I have a few theories.

Sentimental value: In high school I’d shuttle my bored friends around in my parents’ minivan, but this was the first car that was mine. I used it to get to my first job, to visit bad news boyfriends, and even some good news ones too. Then I passed the car on to my brother, and he to my sister, then after changing hands a few more times it was practically delivered my doorstep, thousands of miles and many years later. I can’t help but feel a little sentimental about it. It’s not just a car, it’s a family heirloom (even if it’s covered in tree sap and bird droppings).

Irrational optimism: Humans like to justify their decisions way more than they like to admit when they got a bum deal. Gamblers, for instance, will dig themselves deeper and deeper into a hole trying to use whatever they have to right the wrongs of the past. This was me trying to leverage my “free parking in San Francisco!” to justify the cost and inconvenience of having it in the first place. By saving money on a parking space ($300–$500 a month), I convinced myself I was pretty much making money. Funny the things we tell ourselves when we know we’ve messed up.

FREEDOM!!: With a car, I knew that on any given weekend I could just whisk a friend away for oysters in Half Moon Bay, a hike on Mount Tam, or a long weekend in Tahoe. Trouble is, I rarely did any of these things. I don’t even like oysters. But the car gave me a perception of freedom, which, in retrospect, was more important than actual freedom, which doesn’t involve your car being towed because you went on vacation.

I’m very, very lazy: Not with everything (I work out! I have personal and professional ambitions!) but administrative, multi-step, multi-stop processes, including the DMV, that require paperwork and negotiation are simply not where I shine. I’ll do anything I can to keep kicking them down the road, whatever it costs me.

I know that I need to sell my car. But despite all the trouble it has caused, I get a bit melancholy thinking about letting it go. So I remind myself, this isn’t the end, this is just the beginning. There are plenty of other ways to get to Ocean Beach, out of the city, or to that In and Out off the freeway. I’m not sure what freedom looks like from here on, but I know it doesn’t look like being chained to a 3,800 pound car. 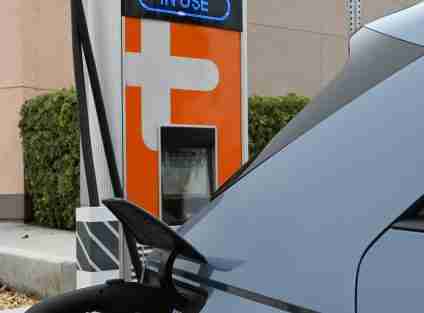 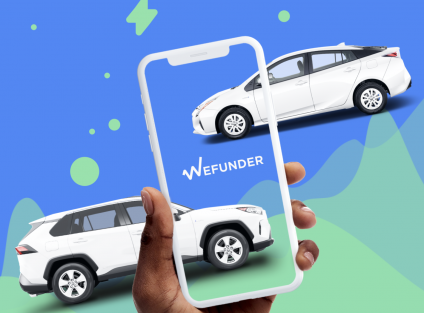 Invest in Upshift and become a car shareholder today! 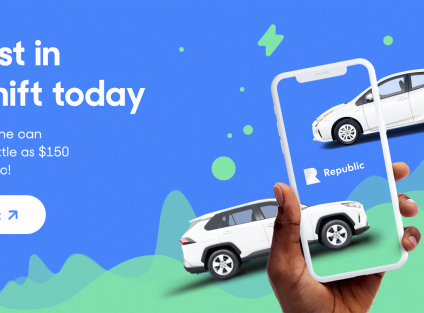 Today is your LAST DAY to invest on Republic!